In Dual Universe, the Nanopack is an integrated part of each character's biosuit that allows them to store and carry items, resources, equipment, materials and elements. Think of it as the DU version of a player inventory. Each Nanopack has a limited amount of storage, and there is currently no means of increasing it.

Based on advanced string theory applications involving extra-dimensional displacement in Calabi-Yau space, it can significantly reduce both the size and the mass of whatever is stored inside it. This technology was developed around 2440, but has since been lost; all attempts to reverse engineer Nanopacks have failed. Thus, the creation of new Nanopacks is currently impossible. 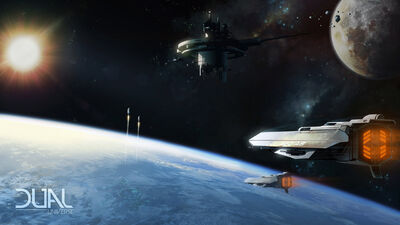 “Nanopack” is a temporary name for the Equipment.
It will most likely change during the game development.